"This volcanic archipelago, with its spectacular landscapes, is situated off the coast of the Hebrides and comprises the islands of Hirta, Dun, Soay and Boreray. It has some of the highest cliffs in Europe, which have large colonies of rare and endangered species of birds, especially puffins and gannets. The archipelago, uninhabited since 1930, bears the evidence of more than 2,000 years of human occupation in the extreme conditions prevalent in the Hebrides. Human vestiges include built structures and field systems, the cleits and the traditional Highland stone houses. They feature the vulnerable remains of a subsistence economy based on the products of birds, agriculture and sheep farming."

Postcard 1
Boreray and Stacs from across Loch a'Ghlinee, Hirta, St. Kilda. Thanks to Sara of Switzerland. 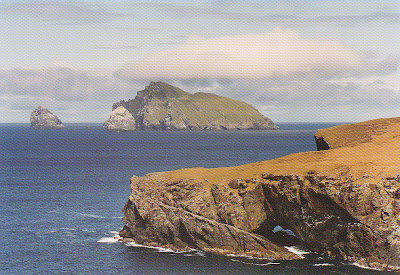 Postcard 2
The Village, St Kilda, Scotland. Thanks to Doris of Switzerland. 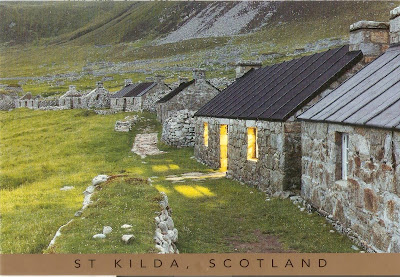 Postcard 3
Saint Kilda, located off Scotland was evacuated in 1930 and now not habited since. It is a UNESCO World Heritage site. Thanks to Patrick of Belgium for mailing from United Kingdom - postmarked 01-09-2020 and arrived in Penang island on September 11, 2020. 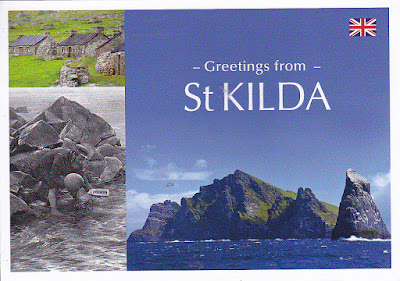